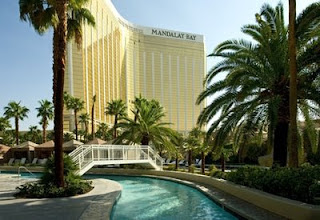 This was my first sale from Photoshelter Collection. It went for a bus wrap for a mobile communications company.

I thought I'd give Photoshelter a try because I won't participate in the Micro Stock market and with Corbis and Getty buying up every one in sight for the last few years, the number of venues is shrinking. Alamy do well for me, but Photoshelter is still new enough that the jury is still out. Their editing is very inconsistent and they dislike shots that are "commercial" - isn't that where the money is? Instead, they favor funky and artsy is good.

This could be a very bright move, or they may be forced to change. Time will tell. In the meantime by the look of their Blog http://blog.photoshelter.com/, the arsty fartsy look is firmly in place for now. I find it strange that a Stock Photo Agency's blog is mainly about Photo Art and Galleries. Generally speaking, Art Photography leaves me cold - lacking technical competance and requiring too much explanation as to meaning. The greatest artists in my mind are folks like Avedon, Rebecca Blake and Newton, who were masters of their craft and didn't require an interprator to tell you what the work signified. It was/is just brilliant and stunning and leaves one wanting more.
The Stock industry is in such a sorry state these days, becoming just another commodity fueled by weekend shooters who just want to see their name in print and are fine with earning pennies a piece. It took us years to move people away from the perception that Stock was the crap left over from an assignment (thank the Image Bank for spearheading that effort) and no sooner did Stock become established as a source of commercial grade quality, then the MS sites came along and lowered the bar.
Change is good and should be embraced, and when disruptive change like this comes along one needs to be a seer to see how things will eventually shake out. But shake out it will, just watch out for the falling debris and try not to get hurt.
In the meantime, we'll see about Photoshelter. Another photographer mentioned to me that he had gone with Digital Railroad and was disappointed, so he was considering Photoshelter instead. I'm sure the Stock industry is full of disappointed photographers, but switching isn't the answer. Finding new avenues for your work is.
Posted by Andrew Ptak Photography at 10:31 AM